The art of developer documentation

Writing technical documentation, probably one of the least favorite things most developers like to do, but equally important as writing code. Let’s see why…

Good documentation solves all of the above problems. Just like a good set of unit/integration tests, it saves you and the team time in the long run.

Let’s start with a cornerstone of good technical documentation, diagrams!
A good diagram is worth a thousand words, if it’s a good one…
However, many diagrams are just a set of boxes that don’t say anything about how the system works. You see these typically in high-level system “diagrams”.

The C4 model is a powerful way to visualize software systems. It consists of 4 (zoom) levels that allow you to create meaningful diagrams which for each level clearly indicate the systems/containers/components/actors involved and their relationship to each other. I highly recommend reading up on this on the excellent c4model.com site, made by Simon Brown, the original author of the C4 model.
Let’s go over each of the four levels by way of example.

The highest level and ideal to show the structure of the system and its actors.
Let’s assume we need to document the system through which developers can manage cloud resources (servers, volumes, applications, …) on cloud platform X. This diagram only shows the high-level systems and actors that are at play in this scenario. The Management Console, the primary system we want to document, is displayed centrally in the diagram.
Things to take note of: 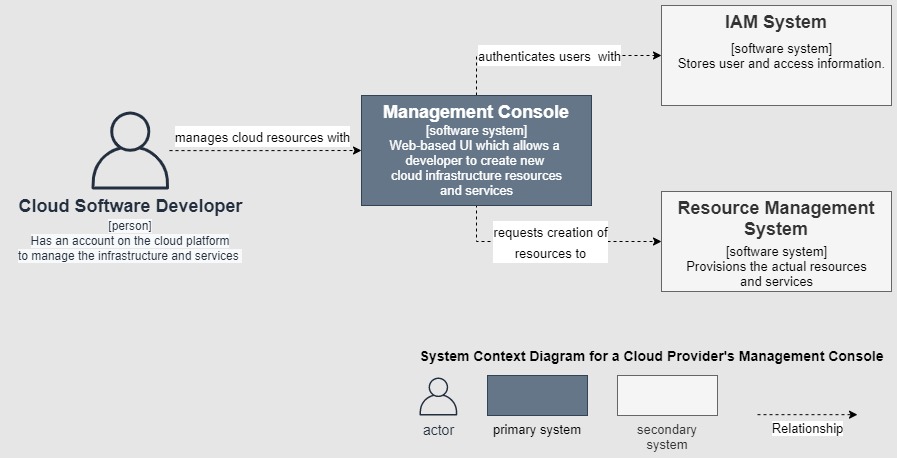 Zooms in to one of the systems, by showing the containers (apps, databases, data streams, …) and their interactions. Here we zoom into the Management Console system.
Things to take note of: 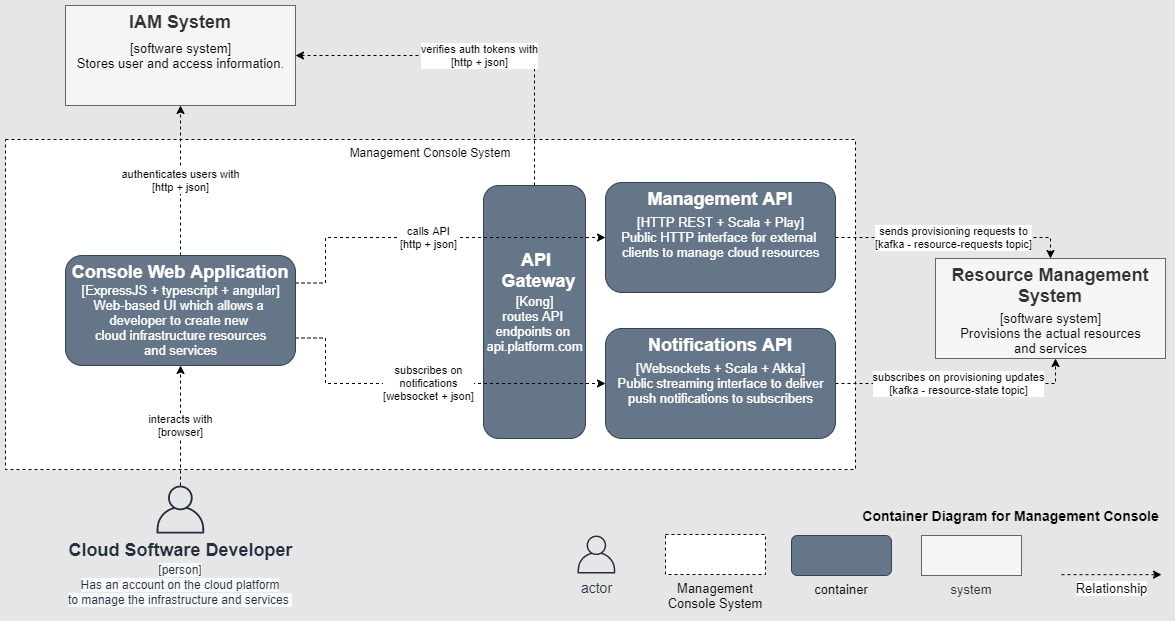 Takes one container and shows the components within that container. These components are typically easily identified in the codebase of the component, as they form the high-level structures. In this diagram we zoom into the Notifications API container.

Typically a UML diagram. I rarely use these and would only recommend them if you zoom into part of your code that might benefit from having its structure displayed, otherwise a UML diagram gets messy very quickly.

While the C4 system is great, you will also need some other diagrams to augment it. One of these is the flow chart diagram, which is great to visualize complex logic with multiple branching paths and decisions.
Take this example of a connection lifecycle flowchart:

Variation on the standard Flow Chart diagram, but allows you to make a clear distinction in which component or actor is responsible for which action. I typically use these when I want to visualize a flow between multiple components.
Take this example swimlane flow diagram, to visualize a rudimentary authentication and authorization system of a user interface. 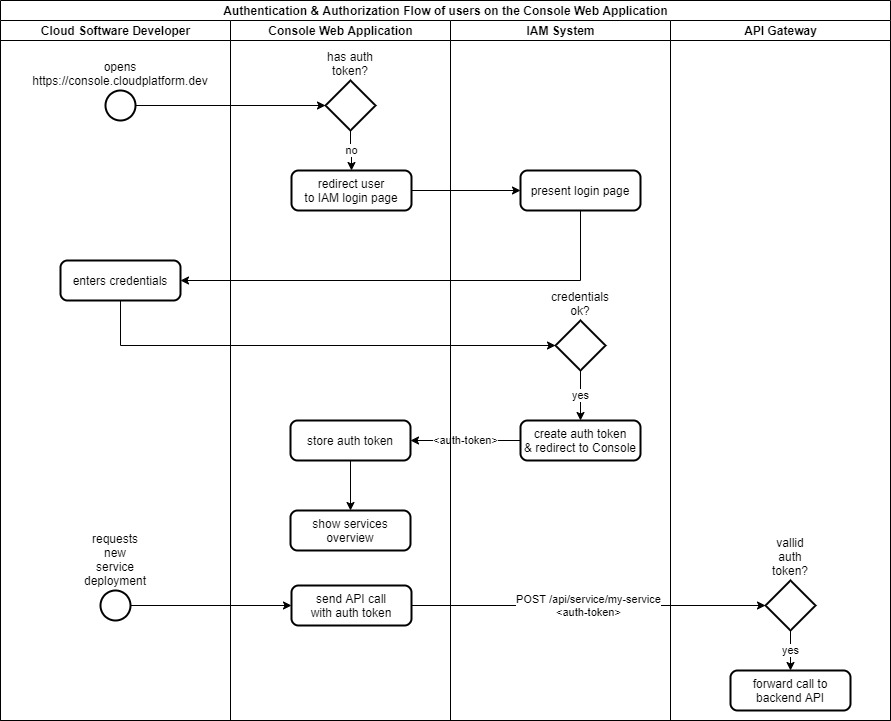 Diagram tools I typically use are the desktop versions of diagrams.net (aka draw.io) and yEd. Both are free to use, and while not focused on creating software diagrams, do the job just fine in my experience.

When working in a team on a big project, you will need a proper way to document the design decisions that are made to implement a feature. Not only to get everyone on the same line during the implementation phase, but also as a reference after the feature has been implemented. This avoids the common “Why did we implement it like this? I remember it had a good reason, but I can’t remember anymore, so better not touch it!”.
In my experience it’s important to create a design document first which explains in detail what you’re going to build. It makes you think up front and allows an easier review process, but also makes for excellent documentation on how the various features in your system work. And yes, during the implementation process things might still change, but then it means just a minor change to the design document. If you don’t do this up front and not make it part of the process, chances are it will never get documented.
In open source projects you can find similar efforts, such as Apache Kafka KIPs (Kafka Improvements Proposals) and Apache Cassandra CEPs (Cassandra Enhancement Proposals).

Every repository of a component should have a good readme file, so that new developers can get up to speed quickly. It should:

Next to a good readme, you can have other component documentation that goes more in-depth into the implementation details. This is where you can make use of flow/swimlane diagrams to visualize complex logic, discuss internal systems and dare I say UML diagrams where necessary.

When your component is going to run in production, you also have to describe how to properly operate it. This document will have to answer at least three key questions: